This week I continued my work on synthesizing sounds of air leaks. I used a recording of a real air leak, performed an FFT on it, identified the peak frequencies in the audio, and created various variants of it.

As mentioned in last week’s update, the three peeks are at the following frequencies and amplitudes:

If all goes well, the phased array should be able to detect and physically locate the first two tones. The third tone’s wavelength is shorter than the distance between each microphones in the array, so it would be aliased. This is outside our frequency specification range, so the device should filter it out to prevent aliasing artifacts from appearing.

Next, I generated a Gaussian-distributed noise source centered at  approximately 2563, 8667, and 13597Hz in three separate WAV files.

They have the following frequency distributions: 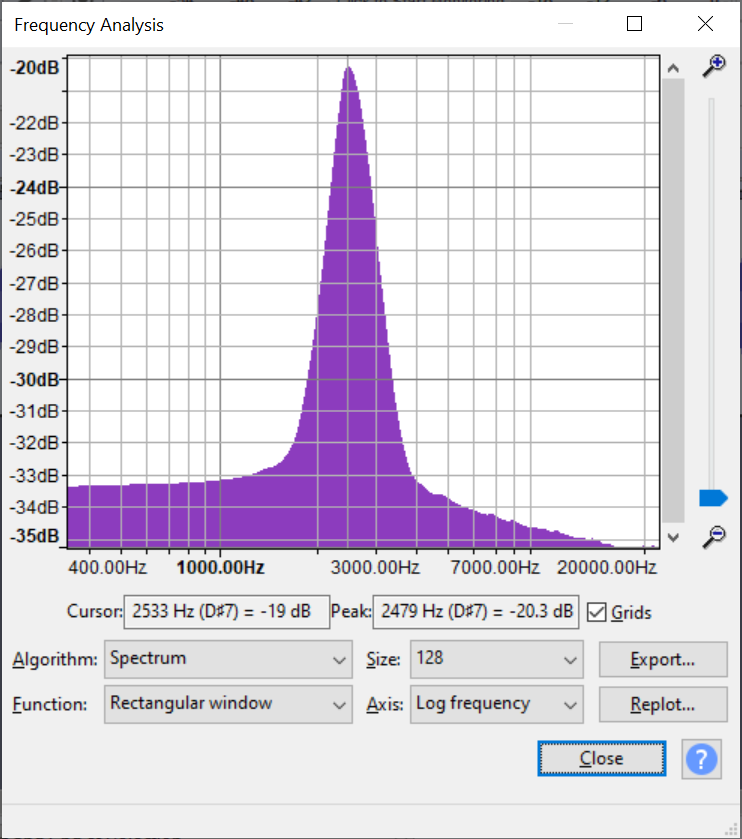 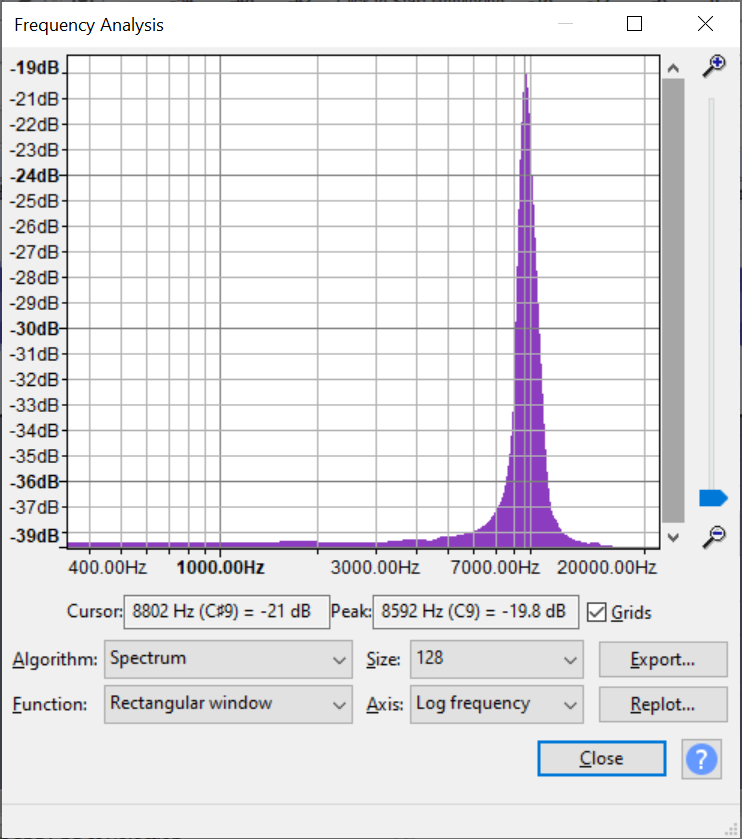 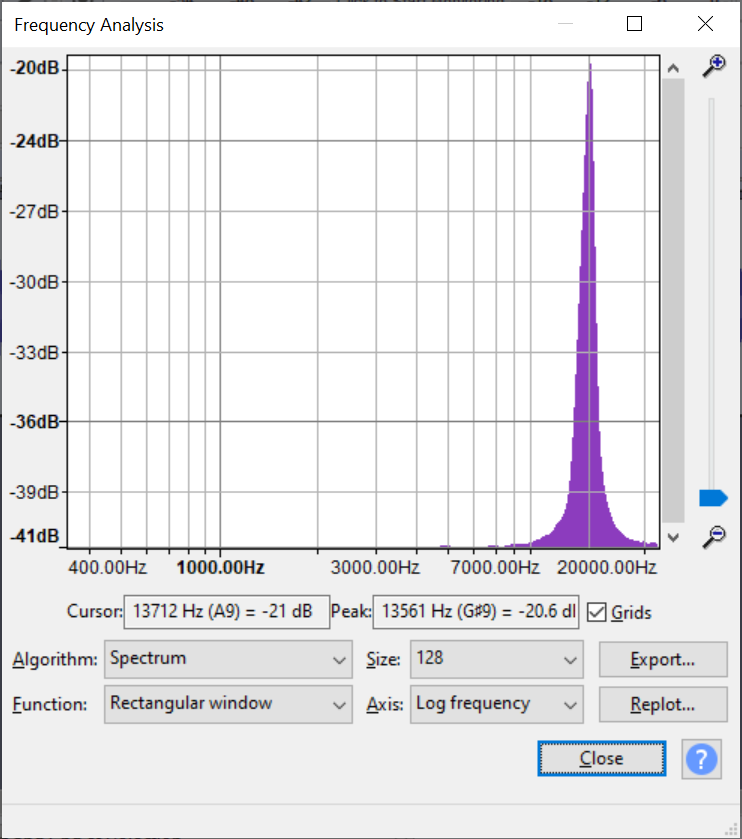 They sound like this, in the order of increasing frequency:

The noise floor isn’t audibly low, and this is intentionally done to best match real world environments. If all goes well, the system should be able to detect and locate the first two tones even with the high noise floor.

Reflow the 96 microphones and auxiliary components into the PCB and hook them up to the FPGA.

Test the system with the synthesized frequencies.