This week I’ve worked on synthesizing a recording of an air leak for use in our performance testing and validation.

First, I downloaded an air leak sound effect and imported it in Audacity:

I then amplified it and kept only the middle portion where the leak noise was consistent:

I did an FFT to get an idea of the main frequency content: 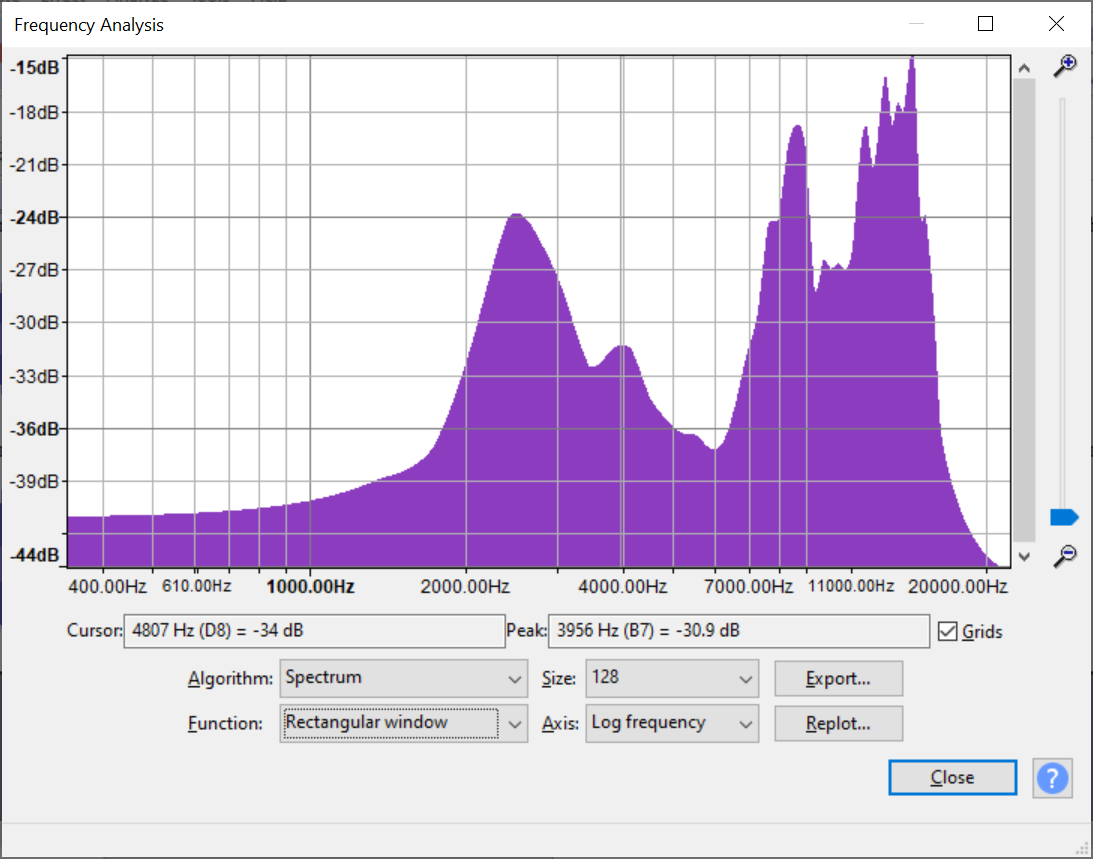 We have peaks in the following locations:

I then created an EQ profile to apply to a white noise source: 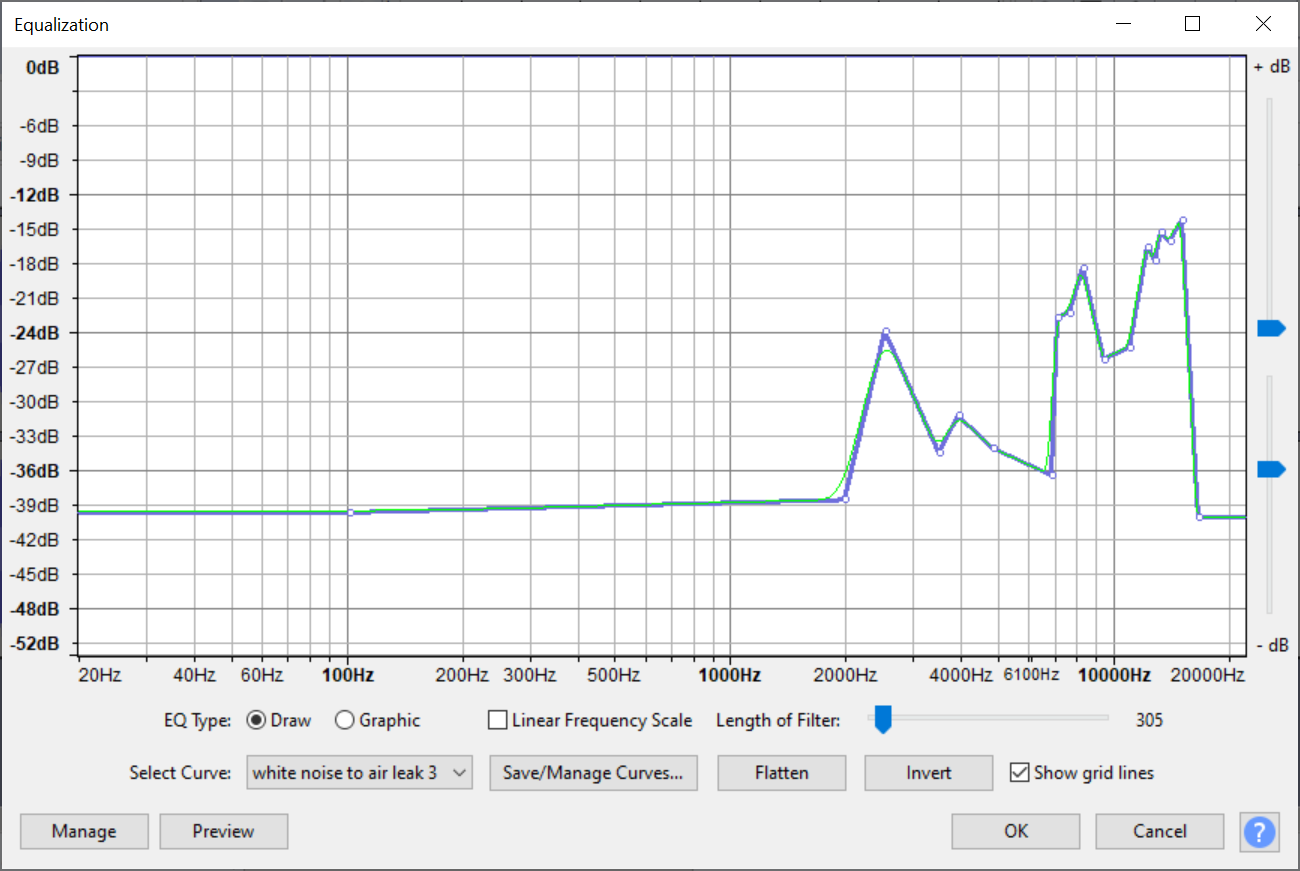 After applying the EQ to white noise, we get an FFT: 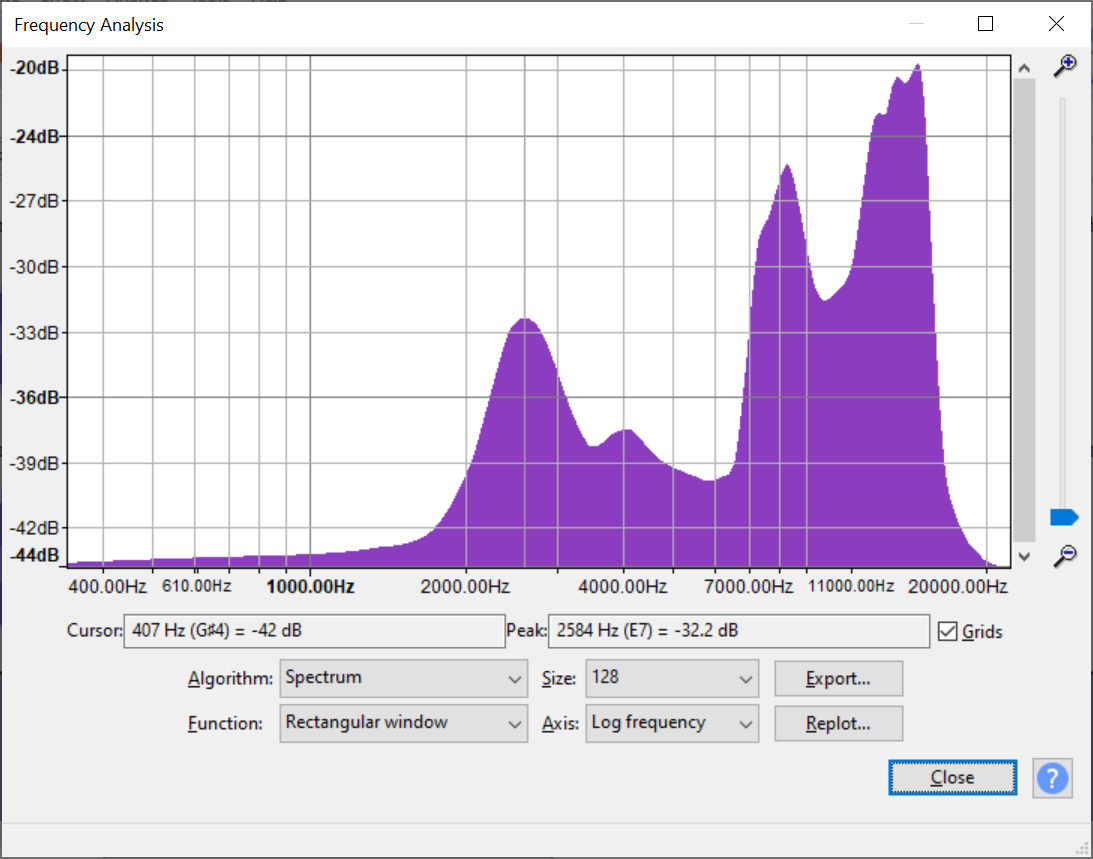