This week, we’ve evaluated candidates for PDM microphones, which take in a 3MHz clock and output a pulse density modulated digital signal, as shown below: 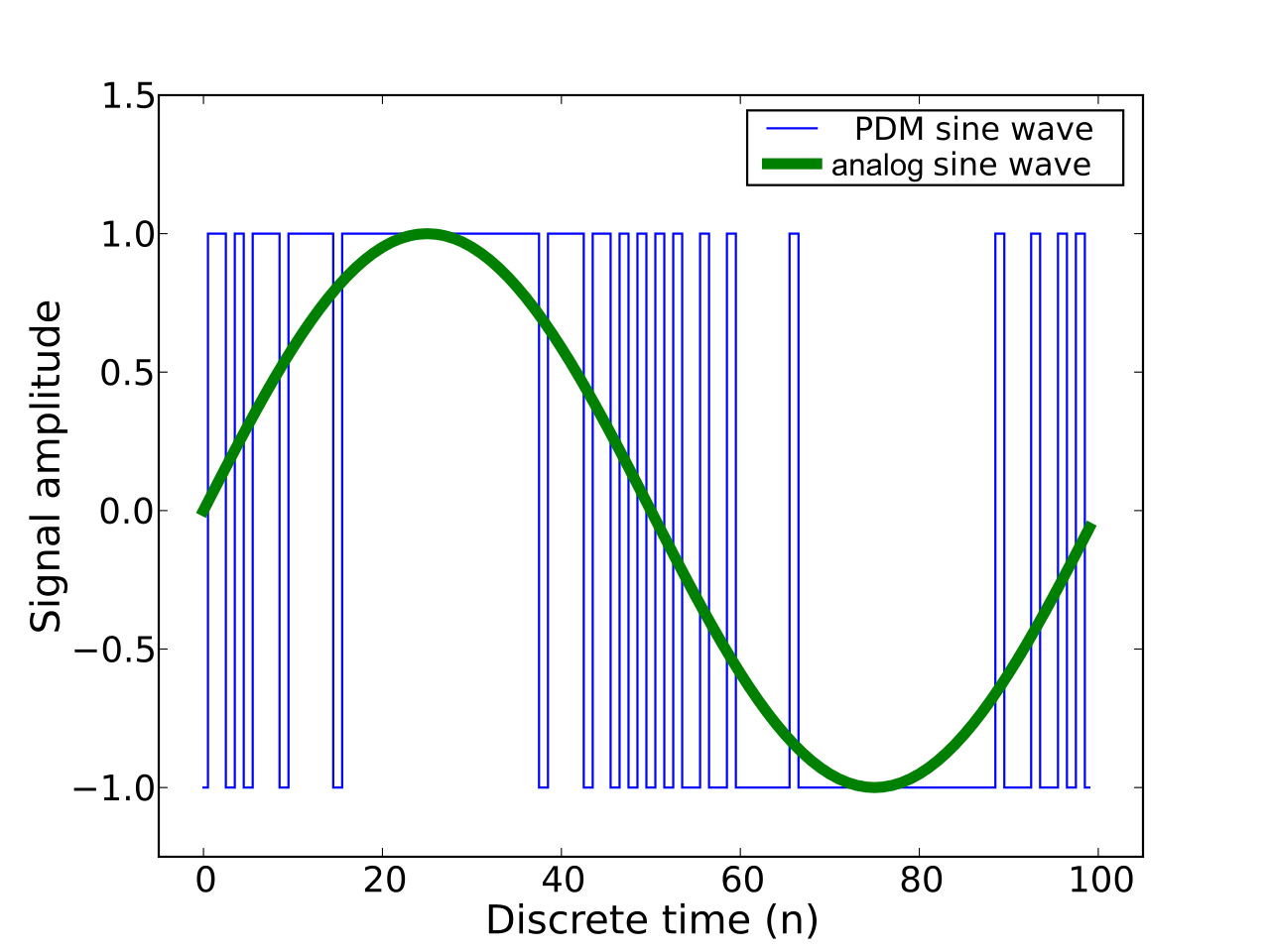 The reason why we’re leaning towards PDM micrphones as opposed to analog microphones is because since PDM microphones output a digital signal, we don’t need preamplifiers and ADCs for the analog microphones, and they can be directly connected to an FPGA. The price difference between analog and digital microphones are negligible.  When we’re looking at about 100 microphones, reducing the number of parts greatly reduces cost and complexity.

The two main manufacturers of PDM microphones are TDK and Knowles. I’ve reached out two both companies to see if they’re willing to help us get hold of their PDM microphones. So far, their responses have been positive and willing to work with us.

Notice how after 5kHz, the amplitude starts rising and peaks at 12kHz at 18dB. It drops precipitously after that. This is an example with a poor frequency response. This may be good enough for cellphones where frequencies above 8kHz or so are not transmitted, but isn’t ideal for our application.

Here’s the SPH0641LU4H-1 from Knowles. It has a slightly more well behaved frequency response at higher frequencies: 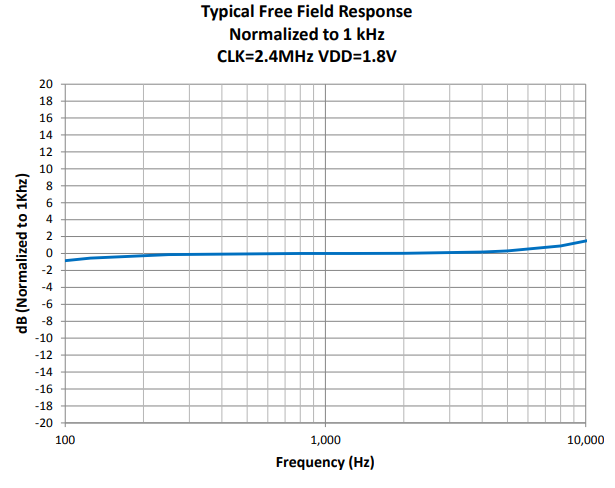 We’ve ordered a sample of of microphones to further investigate their characteristics and identify areas of focus regarding these microphones.

We are on schedule.

To do next week:

Continue communication with Patrick from TDK regarding PDM mics from them as well as logistics. (QTY and shipping to us or the PCB fab)

Receive PDM microphone samples and solder and interface them with MCUs or FPGAs for testing.

Start designing the PCB for microphones. Draft a list of auxiliary components for the mics. (Termination resistors, decoupling caps, LDOs)